Thank you for visiting our online store. We offer a unique collection of items touting Dartmouth connections. There is no tax on our items; shipping is carrier-based (Canada Post) with delivery speed options available (sorry, we do not guarantee delivery speed). You can browse by category or use the search window below to find an item by keyword/s. Transactions will be processed by PayPal (you do not need an account).

If you prefer shopping in person, please visit our boutique at Evergreen House. We accept all forms of payment on-site.

Are you a Dartmouth or Nova Scotia-based artisan or designer? We’re looking for new products to feature in our gift shop. Learn more here. 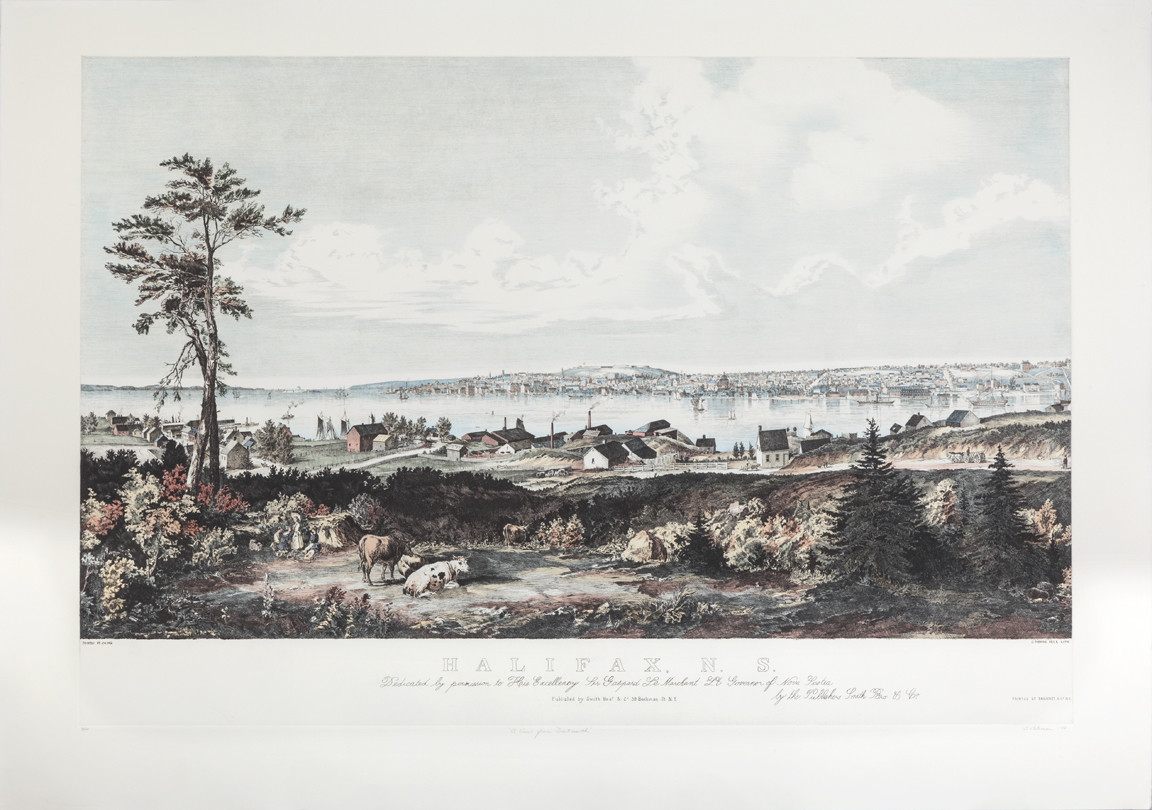 A View from Dartmouth

Susan Paterson recreated Hill’s painting through a copper etching process. Using only a singular copper plate, she printed several copies. She then hand-painted all individual prints ‘to order'. The museum currently has three of these uniquely hand-painted prints.

Susan Paterson was born in 1958 in Halifax, Nova Scotia. She attended Mount Allison University receiving her Bachelor of Fine Arts in 1980. She has also attended Byam Shaw School of Art in London, England; NSCAD, Halifax; Academy of Realist Art, Toronto; School of the Museum of Fine Arts, Boston and Grand Central Atelier, New Hampshire. Her studies have been supported by an Elizabeth Greenshield’s grant, a Nova Scotia Arts Council grant and an Academy of Realist Art scholarship.

John William Hill was a British born American artist who’s work primarily focused on landscapes and zoological subjects. The artist John Ruskin and the American followers of the Pre-Raphaelite Brotherhood, which he himself was also associated, inspired Hill. Halifax from Dartmouth reflects his inspiration and association with this movement.

Print is on display in foyer of Evergreen House

Save this product for later

Items sold by Dartmouth Heritage Museum are currently not subject to HST.